Words of wisdom from humorist Dave Barry: “What women want: To be loved, to be listened to, to be desired, to be respected, to be needed, to be trusted, and sometimes, just to be held. What men want: Tickets to the World Series.”
Posted by Unknown at 02:39 No comments:

Demand for a new African ‘superfruit’ which boosts energy levels and skin health has soared to record highs in the UK.
New figures show sales of the baobab fruit, which contains three times as much vitamin C as an orange, has increased by 1,600 per cent.


Antioxidants: Baobab fruit have become increasingly popular in the UK with their citrus taste and health benefits
Brits have rushed to buy the nutrient-dense superfood, which has incredibly high levels of antioxidants and tastes like a blend of pineapple and melon.
Baobab is an excellent source of calcium, potassium, thiamin and vitamin B6 - all vital nutrients known to benefit general health.
Sourced from the African continent, baobab’s calcium source is a non-dairy one, making it an option for vegetarians too.
the baobab range is available at beauty emporium and pharmacy John Bell & Croyden and a number of organics stores. Baobab trees: The fruit has been used in Africa for centuries as a source of natural well being
Since launching in October last year, sales figures are 60 per cent better than its closest market rival.
Dr Lisa Ryan, of Oxford Brookes University, said: “Baobab is a rich source of potassium which plays a role in lowering blood pressure.
'It also contains calcium which is vital for bone health, has a high soluble fibre content which is important for digestive health.
'It is also rich in polyphenols which have potential health benefits against diseases like atherosclerosis, some types of cancer and type 2 diabetes.'
Dietician Sian Porter said: 'Baobab is an excellent example of a nutrient-dense, low energy food - a real super food.'

Baobab grows in thirty two countries across Africa and has been brought to the mainstream by new Africa-inspired health and beauty brand Aduna.
For centuries people in Africa have turned to the baobab tree as a source of natural wellbeing, benefiting skin, hair and general health.
As a fruit, baobab is unique in that it dries naturally on the branch before it is harvested, the seeds are removed and then sieved into a powder.
Available as a loose powder, it is ideal for adding to smoothies and juices, or using as an alternative to sugar for sweetening yogurt, muesli or cereal.
Josie Elles, of John Bell & Croyden, said: “Since launching with us late last year Aduna baobab has become our best-selling supplement this year.
'It has come from out of nowhere to become and both the brand and the product are ones to watch.' 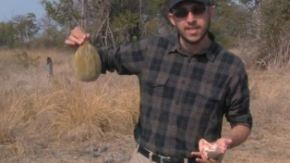 I have become interested in the work of Dr Jack Kruse - a US surgeon and author who believes we can drastically improve our health through becoming adapted to the cold . He advocates cold (and ice ) baths and claims it helps to lose weight, strengthen the immune system  and stave off diseases.
Here is a breathing exercise that 'the iceman'  Wim Hoff recommends before getting in the cold bath or shower:

Sit comfortably in a peaceful environment (bedroom, living room, back yard, in nature, whatever suits you). Then relax, consciously, and begin to breathe from the abdominal region, not too shallow, not too deep. Think of it like blowing up a balloon.

Do this thirty times. Saturate the muscles and organs with extra oxygen. The goal is to let the oxygen saturate not only the lungs, but also all of the internal organs. It may feel like you are hyperventilating, but just remember that you have control.
Whenever you feel saturation throughout your body, exhale completely (easy), then inhale until you can’t take in any more air (don’t force it), then exhale completely (easy) and hold your breath (easy).
When the feeling telling you to breathe comes, it is because of the depletion of oxygen. At this point, you can inhale fully and hold it for ten seconds with lungs of air.
When you complete that, you completed your first cycle!
Repeat!


I am the first UK practitioner of AMR
Posted by Unknown at 14:09 No comments: 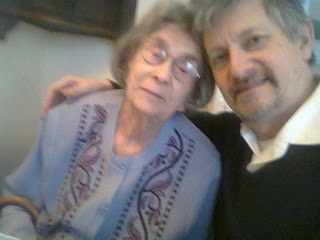 www.spine-health.com/doctor/chiropractor/john-parsons-leyland-lan
Posted by Unknown at 13:20 No comments:


Case Study on chiropractic and fibromyalgia at Parsons Chiropractic

Posted by John in ParsShare on twitter
Share on emailMore Sharing Services
ons Chiro | Edit
Share on facebookShare on linkedinThis case study was accepted for publication by the British Journal of Chiropractic.
“Fibromyalgia is a common disabling condition affecting about 2% of the population. (3.4% women, 0.5% men)…The typical patient hurts all over, sleeps poorly, and feels chronically tired and depressed…A 51 year old mother of 4 presented complaining of low back pain, neck pain and fibromyalgia. She had been diagnosed with fibromyalgia 10 years ago by a rheumatologist.A course of physiotherapy had made no improvement, and she had been prescribed antidepressants without success.Her score on the Oswestry Low Back Pain and Disability Questionnaire was 48% indicating severe disability.The patient was tested using the Activator Methods protocol. This indicated an apparent short leg in the prone position, termed ‘left side pelvic deficiency’. The test also indicated subluxations (lesions) at L5, L4, T6, C7 and C2 vertebrae…The subluxations were gently adjusted using the Activator Adjusting instrument…The effects were almost immediate. After a day of “feeling sore” she then felt easier the next day…she was adjusted once a week for 6 weeks together with soft tissue work (trigger point release) and gentle stretching…After the 6 week course of treatment she said she was “relatively back to normal”.Her score on the Oswestry questionnaire had now fallen to 34% indicating only ‘mild disability’ . The pain was now assessed as ‘the pain comes and goes and is moderate’.(full case study available on request)
Posted by Unknown at 04:02 No comments:

"Calcium: won't absorb as a calcium supplement. That's because it needs both fat and fat-soluble vitamins to become bioavailable. So "no-fat" dairy, e.g., is the second surest way to clog one's kidneys with insoluble calcium, "second" only to taking a supplement with a glass of water, that is... None of the calcium ingested in this manner will make it to the bones, or anywhere else it's needed. But a cup of cottage cheese from whole (no fat removed!) and otherwise unmolested milk will deliver the kind of "live," so to speak, calcium that will do its job. It's "live" because fat and fat-soluble vitamins (and who knows what else!) in a substance where all of them occur together in proportions and amounts that are specific, as part of "natural solvents" that are specific -- all of these factors "enliven" this otherwise "severely wounded" (for purposes of bioavailability) calcium, and it gets a chance to become part of the live human body upon ingestion, rather than clog some organ or other with its dead weight".

Coccydenia is pain in the tailbone or coccyx usually caused by falling or sitting heavily on it, and also occasionally by childbirth.
Coccydenia can be very painful - a real pain in the arse! and has been known to drive people to suicide.

Here is a list of doctors in the UK who can treat this condition:
http://www.coccyx.org/treatmen/docsuk.htm
here is a Video of Dr Tedd Koren talking about the KST chiropractic approach to this condition;
http://www.youtube.com/watch?v=ciZnN1dCVcw
Posted by Unknown at 07:45 No comments:

Just seeing Quentin Wilson, motoring journalist (formally on Top Gear), being interviewed on the BBC breakfast programme reminded me of his support for chiropractic a few years ago. It helped his autistic son.http://www.telegraph.co.uk/health/alternativemedicine/3318749/He-was-lucky-to-be-walking.html
Posted by Unknown at 01:50 No comments:

The benefits of distilled water for prostate problems


Enlarged prostate is a common condition affecting mainly middle aged and elderly men. The prostate enlarges and causes difficulty with urination. Many men go for surgery for this condition but according to Lawrence Wilson MD , many men regret this decision due to incontinence and other problems. A safer alternative is to repair the prostate gland and detoxify the body naturally. In many cases this will cause the swelling to subside.
Dr  Wilson recommends drinking distilled water to detoxify the body and the prostate specifically:
"Distilled water helps detoxify the body of metal and chemicals". He recommends avoiding tap water with chlorine and flouride which have a poisonous affect on the body.
Wouldn't it be better to use mineral water?
Actually no, by drinking mineral water we get dead inorganic minerals, which only clog our systems.
According to independent researcher Andrew Webber:
“You only want organic minerals which come from live food. The inorganic calcium in spring water will get stuck in between your bones and give you arthritis, whereas the organic calcium in a live orange will REPAIR a spot in your bones. A human is ONLY made of, and can ONLY use organic minerals. There is zero position and/or zero use for inorganic minerals in humans.” – Andrew Norton Webber wwwaquariusthewaterbearer.com -(Amazing information on distilled water and liquids.. why pure is the only way to go - he recommends drinking one litre of distilled water per day to detox)

Is spring water good for you (mineral water)? This is the view of Andrew Norton Webber - researcher at www.aquariusthewaterbearer.com :

"Then there was the question of minerals. Don’t we get minerals from spring water? Actually no, we get dead inorganic minerals, which only clog our systems. So again, we are putting minerals in our body, however, that is not actually better for our body or our brain. “You only want organic minerals which come from live food. The inorganic calcium in spring water will get stuck in between your bones and give you arthritis, whereas the organic calcium in a live orange will REPAIR a spot in your bones. A human is ONLY made of, and can ONLY use organic minerals. There is zero position and/or zero use for inorganic minerals in humans.” – Andrew Norton Webber
Posted by Unknown at 06:53 No comments: